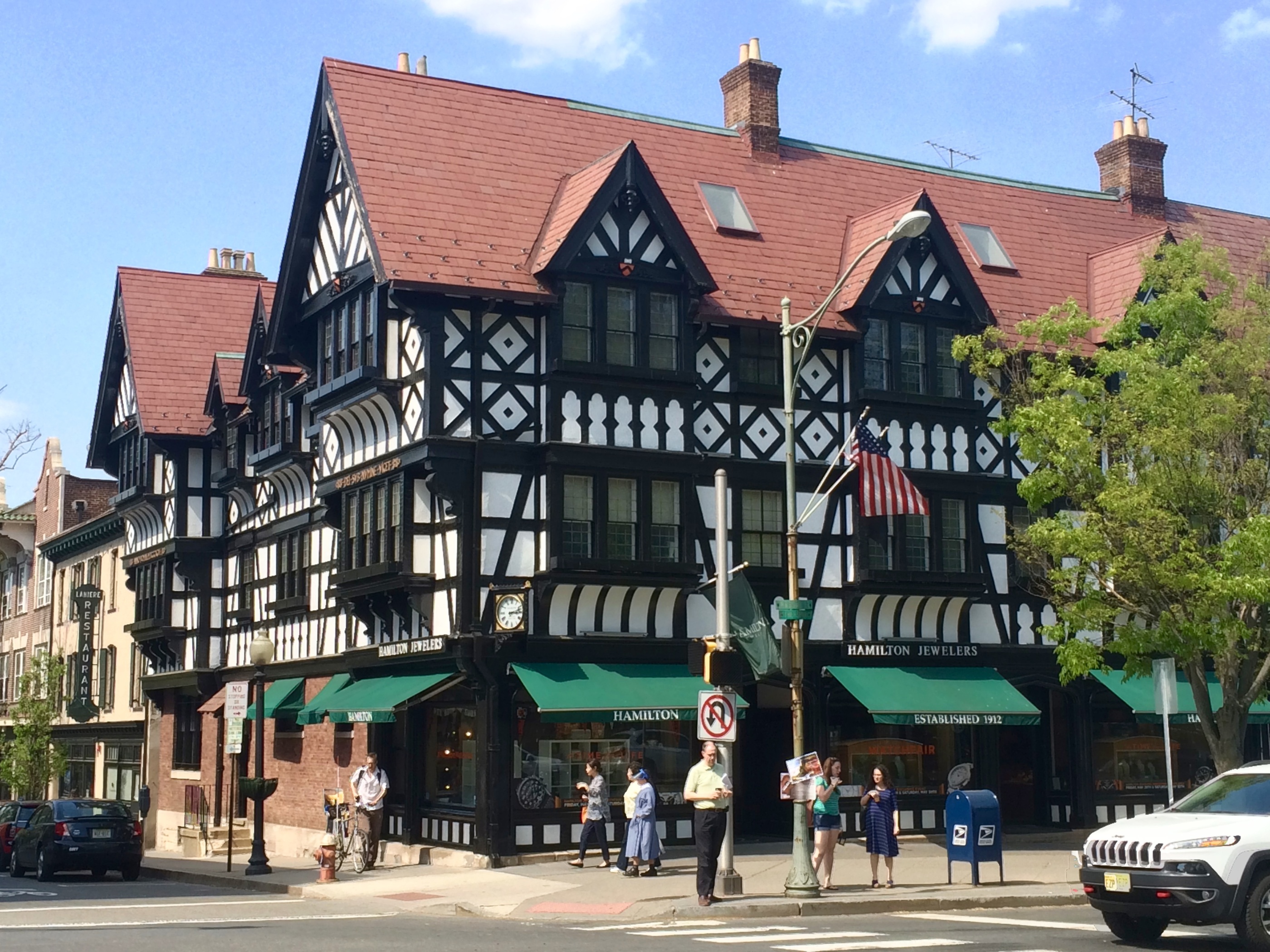 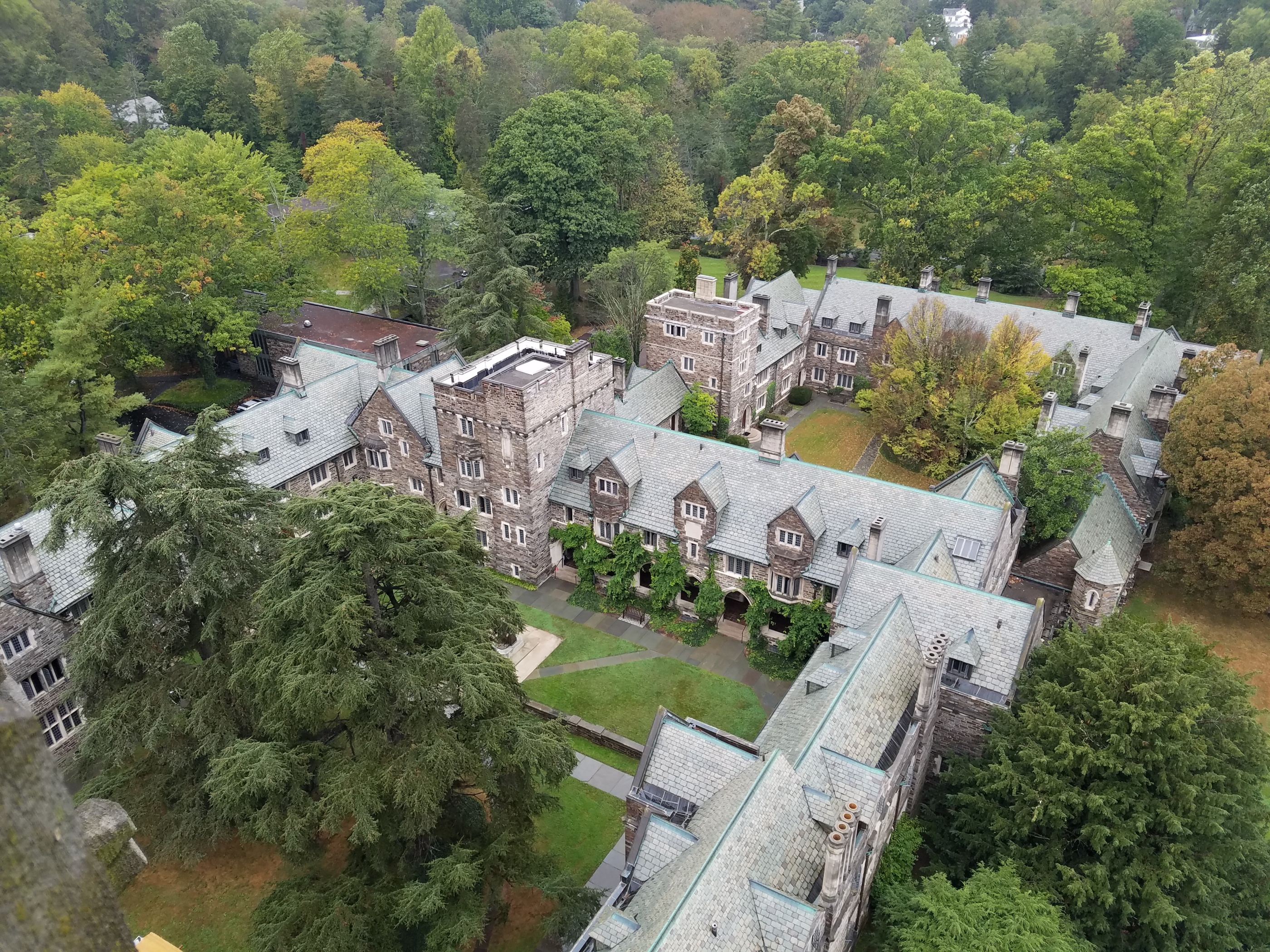 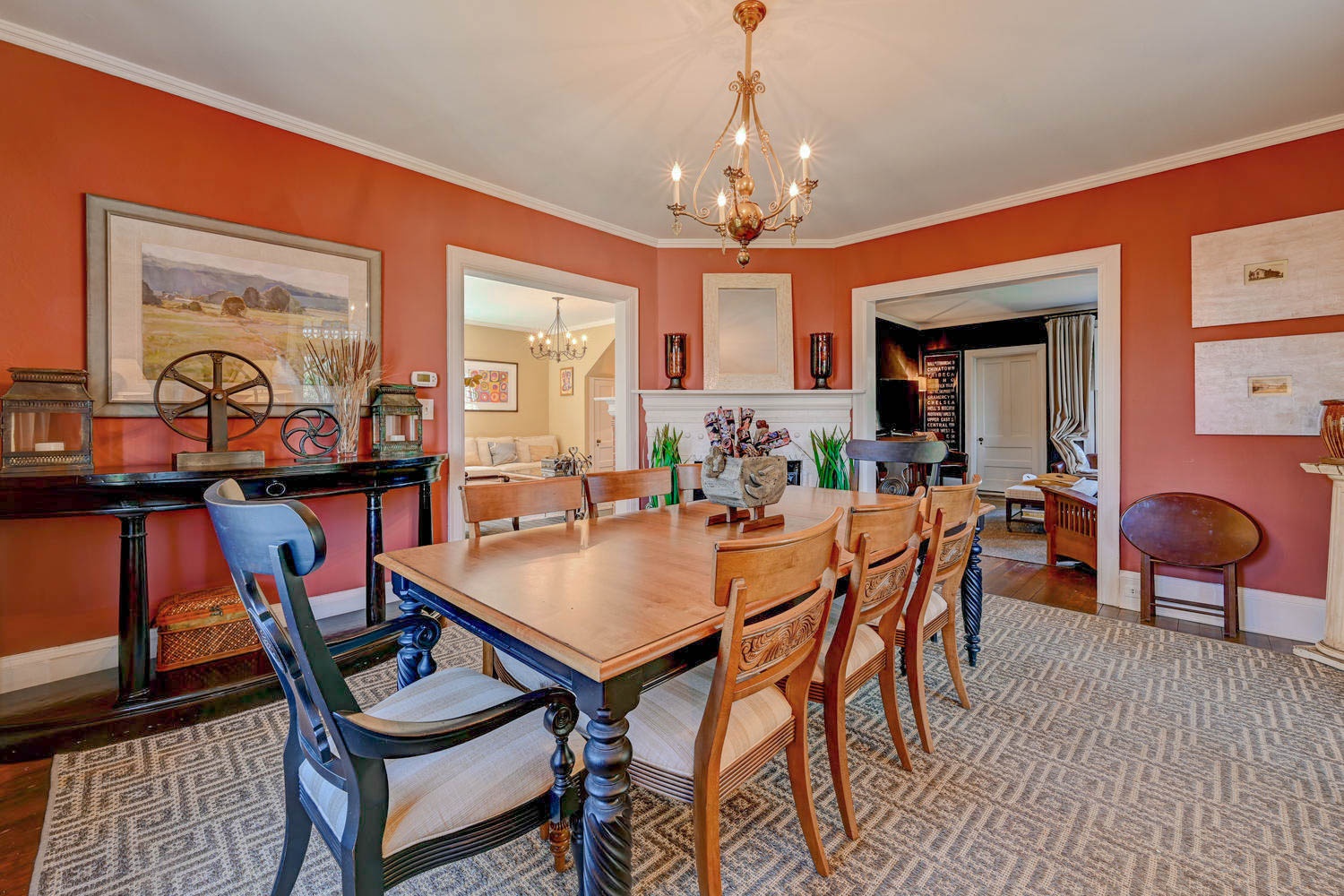 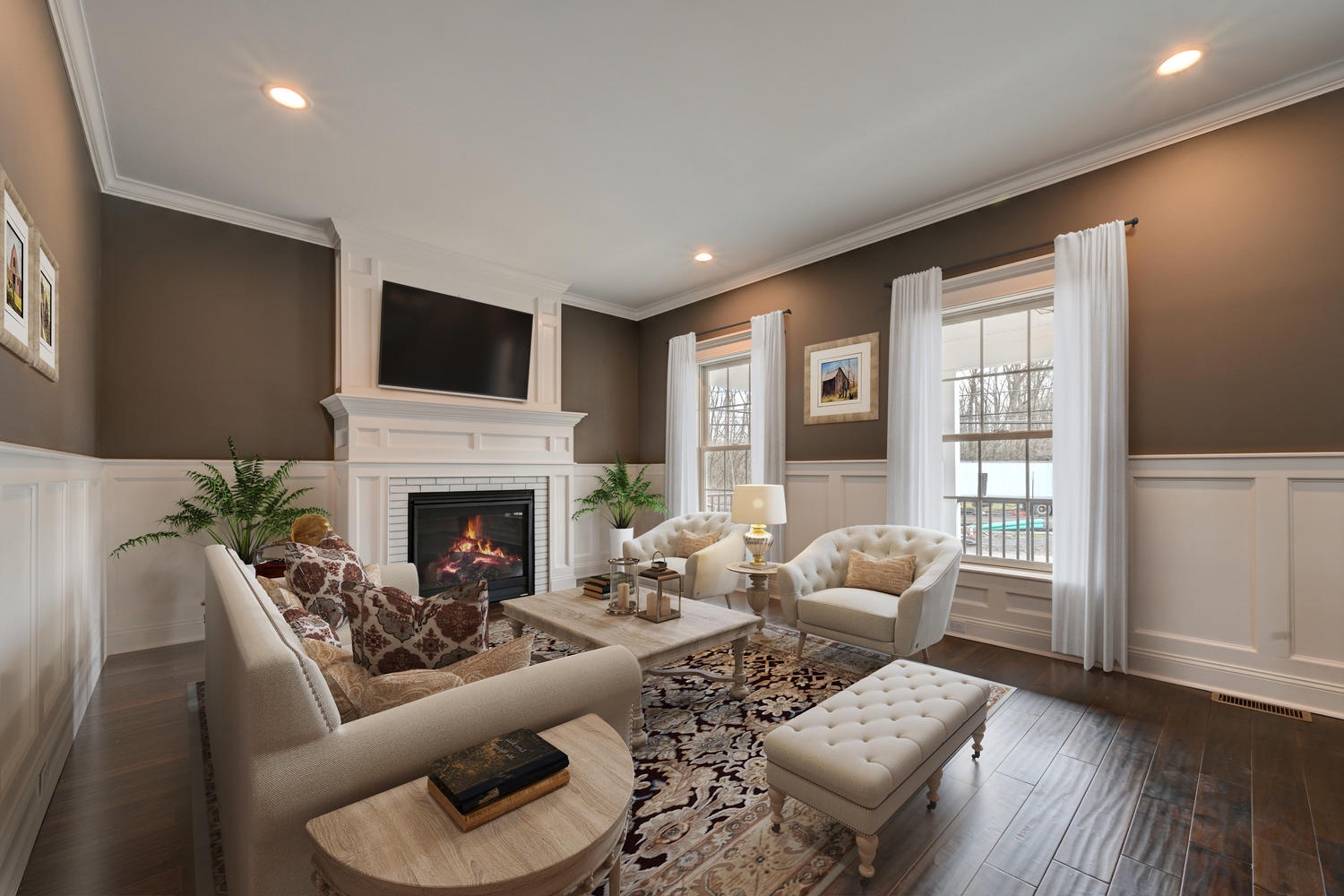 FIND YOUR DREAM HOME IN PRINCETON

The American Dream - it can be described as a fluid and ever-fluctuating sense of equilibrium within society - where life is peaceful and bountiful. In current uncertain times, a feeling of content with one's situation and surroundings has become more difficult to achieve. The same metropolises that have offered financial security for centuries have been hit the hardest with both health and economic crises making us question the future.

Even when the tidal wave of the current pandemic recedes, many will be asking - what now? Will the schools be safe for our children? Will there be enough of an economic comeback to ensure that there is employment? Should we relocate? Where should we go?

I have one answer to all of those questions - You have to do what is right for your family, every time.

So, for our neighbors in large cities such as New York City and Philadelphia - if relocating to a smaller town is your ultimate decision then let me tell you about my town - Historic Princeton - Rated #1 Small Town in America by multiple recent publications!

Having immigrated to the United States more than 25 years ago, my family also had to ask the same questions, without deep firsthand knowledge of America and its urban versus rural dynamic. We first settled in Brooklyn - where the enviable Manhattan skyline is still visible as is the hope of achieving your own version of the American Dream.

Although the draw of the city was strong, so was the draw to feel at ease in our community, to build our life in a place which offered more promise in public schools, proximity to nature and beaches. However, it was important to have access to the economic advantages of NYC and Philadelphia and their Fortune 500 giants that have expanded their reach and settled in nearby towns.

We arrived in Princeton in 1994 and have not looked back since.

Princeton University and History
Princeton has weathered many storms and battles since being settled in late 17th century and continues to bloom every spring with gorgeous cherry trees that attract tourists and locals looking to take beautiful pictures. The history of our town is rich and deserving of many local tours during which I still learn something new, even after having spent decades living here.

Of course the biggest draw is Princeton University - the Ivy League School which has consistently churned out fascinating and groundbreaking discoveries, studies, and the great minds which have brought them to the forefront. The university has a far reach in the area and is constantly adding to its' infrastructure and reputation.

Princeton Township and Greater Princeton Area Schools
Of course, in a town with an Ivy League School, it is only right to have incredible public education which prepares the next generation of brilliant minds. Princeton Public Schools (a district with four elementary schools, one middle school and one high school) has consistently been rated # 1 in the State of NJ. The incredible surrounding townships such as West Windsor - Plainsboro, Montgomery, and Hopewell offer incredible public education as well as top private schools, and gorgeous estates among sprawling hills, plateaus, and nature. Depending on your price range - the Greater Princeton Area has wide opportunities to settle without sacrificing the fundamental building block of success - education.

New Employment Opportunities
Given the current economic uncertainty, it is crucial to be in an area which offers multiple potential employment opportunities and room for growth. Of course the number of companies in NYC and Philadelphia are vast especially in the Bio-Tech, Tech, Financial, and Medical fields, but the majority of those institutions have also expanded into the more affordable New Jersey. The Princeton Area offers giants such as Bristol Myers Squibb, Johnson & Johnson, Dow Jones, Novo Nordisk, NRG Energy (which recently completed construction of their new headquarters), BlackRock, Aetna, Otsuka, Sandoz, and more. Even the top Penn-Medicine Hospital Group in PA has partnered with Princeton Hospital to become Penn Medicine - Princeton Medical Center to offer care from doctors affiliated with Penn Medicine in PA and CHOP of Philadelphia. Residents from all employment sectors can find incredible opportunities in Princeton without having to pay top dollar for ownership or rent in NYC or Central Philadelphia.

Close Proximity to Major Cities with Access to Major Routes
There is a reason that Princeton has become a hub for top companies, as well as transportation and warehousing sectors, and a draw for many professionals who still work in either NYC or the Philadelphia area. The town is located almost directly in the middle between the two metropolises and offers easy access to the NJ Turnpike, Garden State Parkway, Route 1, Routes 295, and 195. Driving to NYC from Princeton sometimes takes less time than driving or taking the train from the 4 boroughs surrounding Manhattan. Taking the train is also quick and convenient, as the NJ Transit Northeast Corridor includes the Princeton Junction Train Station that offers a "Dinkie" train connecting downtown Princeton to Princeton Junction for those who do not have a car. In short, whether you have to work from home (in a larger & more comfortable place in NJ), or commute into either city - Princeton is the perfect location for you.

Incredible Place to Invest
Having made Princeton a part of our American Dream more than 25 years ago - I can honestly say that the area is very resilient to various economic markets and the real estate market here did not take a tumble in 2008, nor is it giving up right now. Of course there are always supply and demand seasons just as in any other market but the draw of the University and the surrounding companies which are very financially sound makes Princeton a great area to invest in. People continue to relocate to the area and upgrading, downsizing, or adding investment properties to their portfolio. The demand for rentals remains high from visiting students and their families, from those who are relocating, as well as from folks who are working with contract employers. There are a few privately owned rental complexes which only offer rentals through their management companies but the majority of the rental market still belongs to private landlords.

Tons of Culture and Entertainment
Whatever your interests are and whatever familial status you have, Princeton offers tons of culture and entertainment that you will enjoy. In downtown Princeton, there are museums, boutiques, top restaurants, parks, theaters (including the famous McCarter Theater that consistently puts on amazing local and traveling shows), and tours. The area is minutes away from major retailers and grocery shops. There are parks throughout the area with trails, indoor and outdoor sports clubs, Country Clubs with great golfing, pools, conservation areas, and so much more!

There are a million reasons to move to Princeton - just ask some of your friends or neighbors who have already made the move! 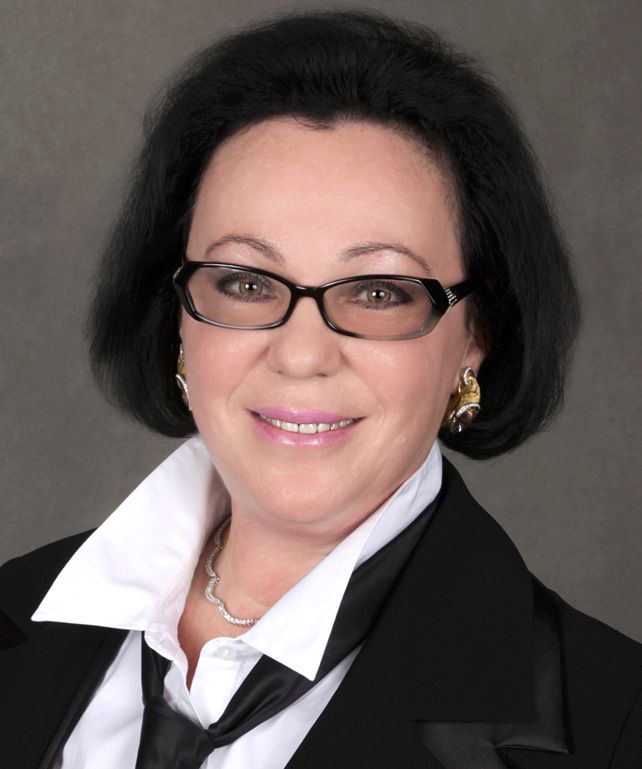 Anna Shulkina is a multi-million dollar producer and seasoned negotiator with 25 years of experience serving buyers and sellers in Central New Jersey.

Anna has built a successful team of agents who specialize in various regions of New Jersey and Pennsylvania.

She has been a pro ud recipient of the NJAR Circle of Excellence Awards since 1998, reaching the most elite – PLATINUM LEVEL since 2012. Her knowledge and experience enable her to meet the challenges of today’s complex real estate market.

Having been in the Princeton area for over two decades, Anna has also expanded her business to specialize in the blooming new construction market. She has developed strong professional relationships with multiple elite builders, architects, and contractors in Princeton.

Anna Shulkina’s knowledge of the neighborhoods, trends, and market values ensures that your dream home is also a sound investment! 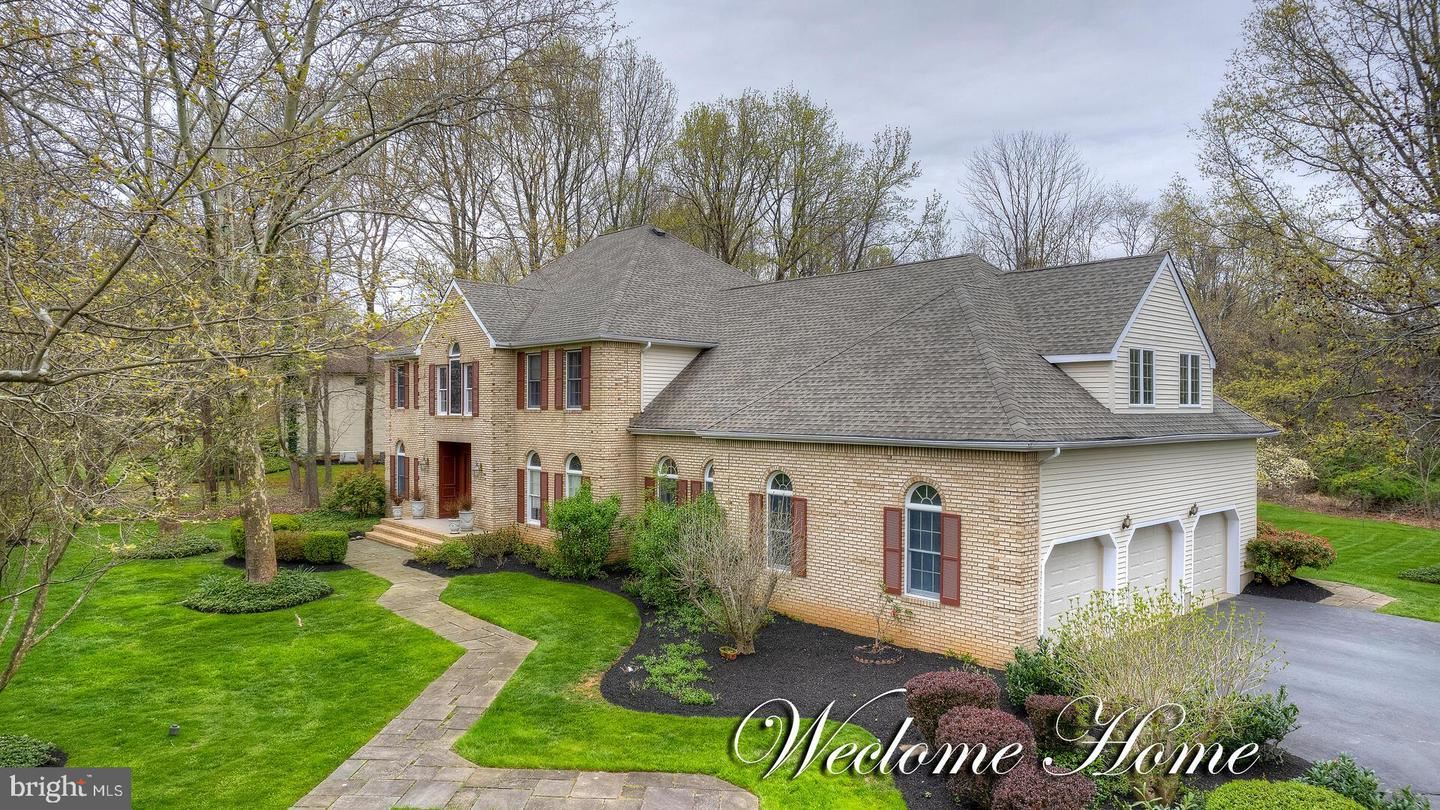 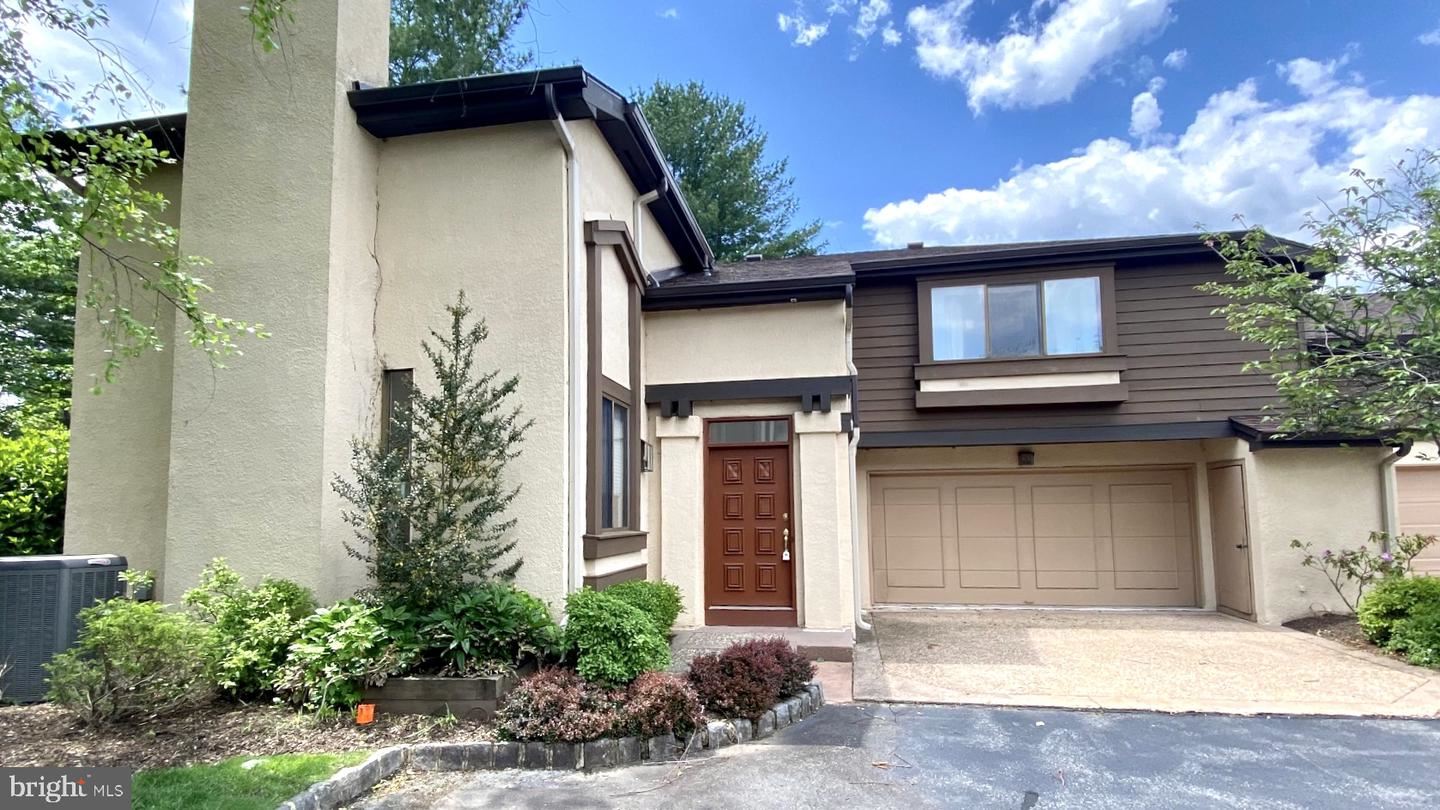 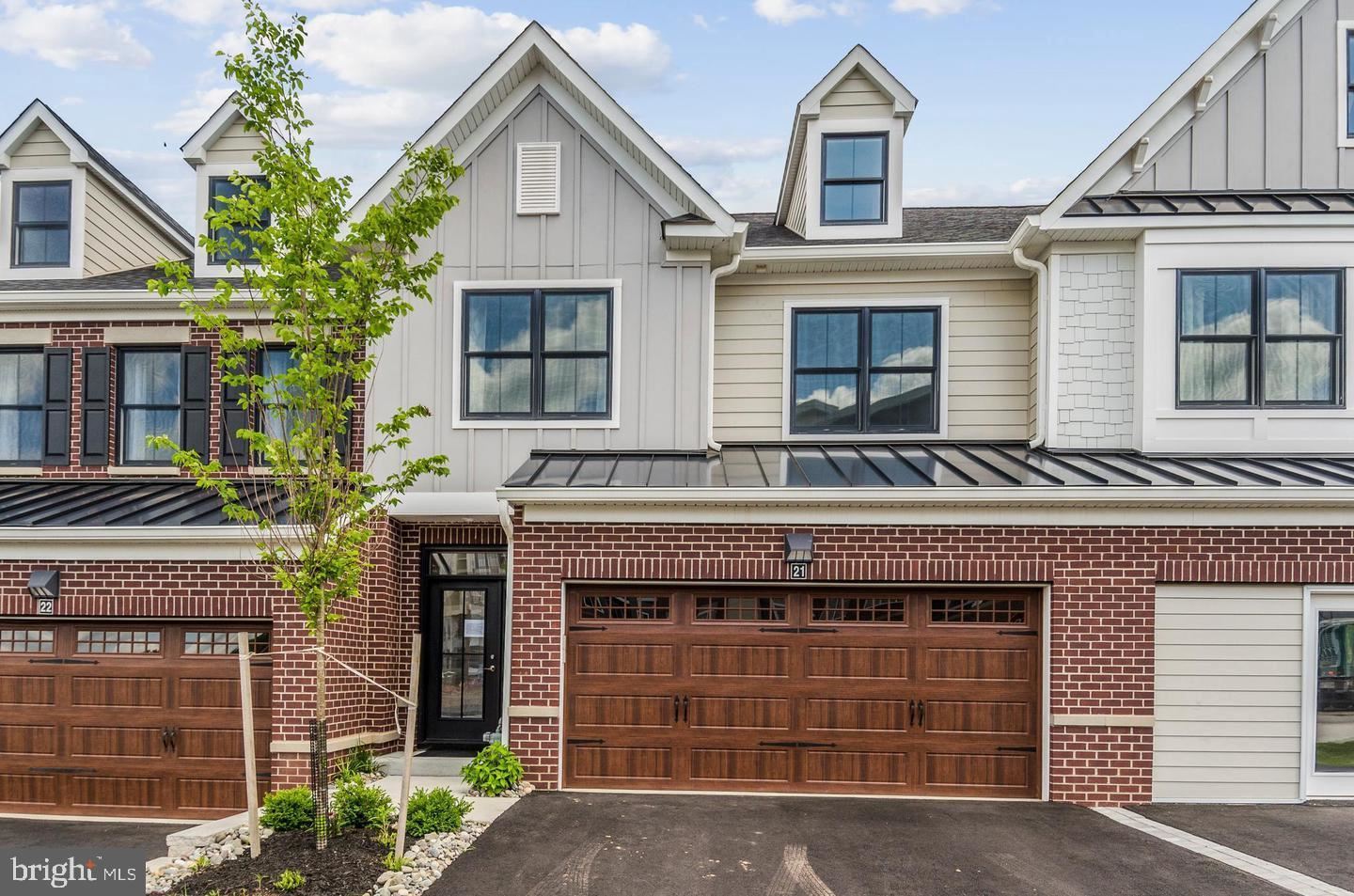 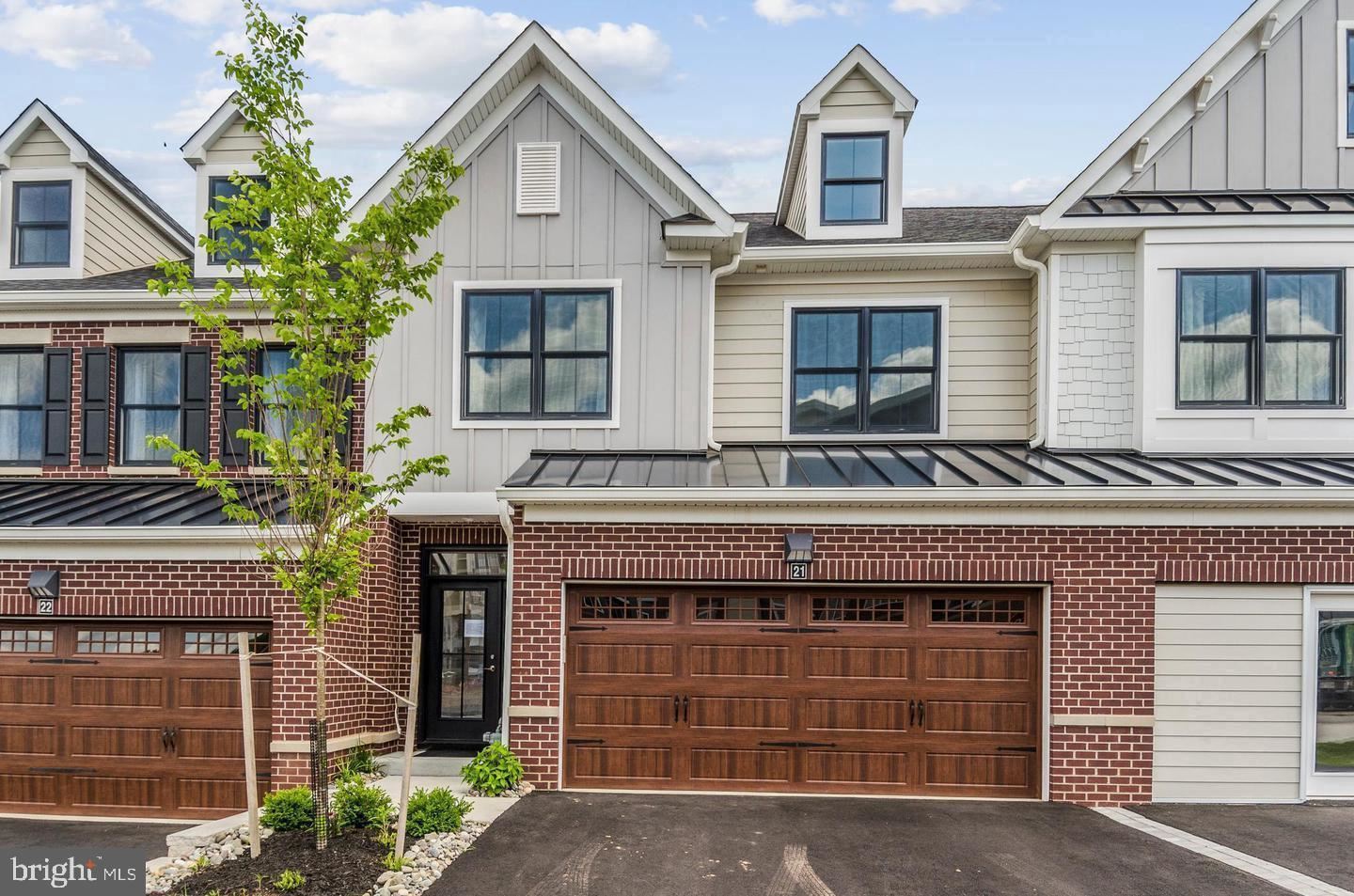 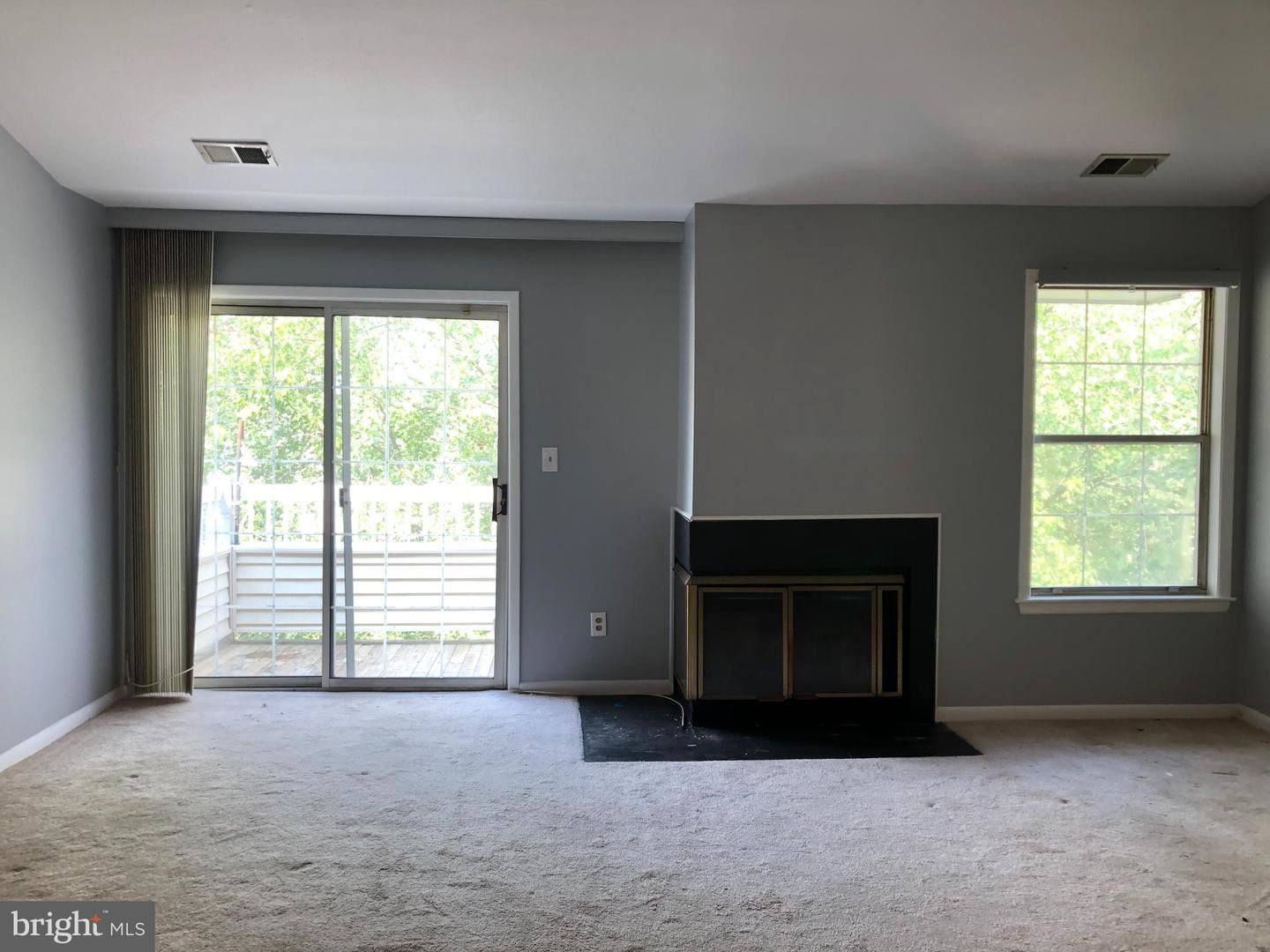 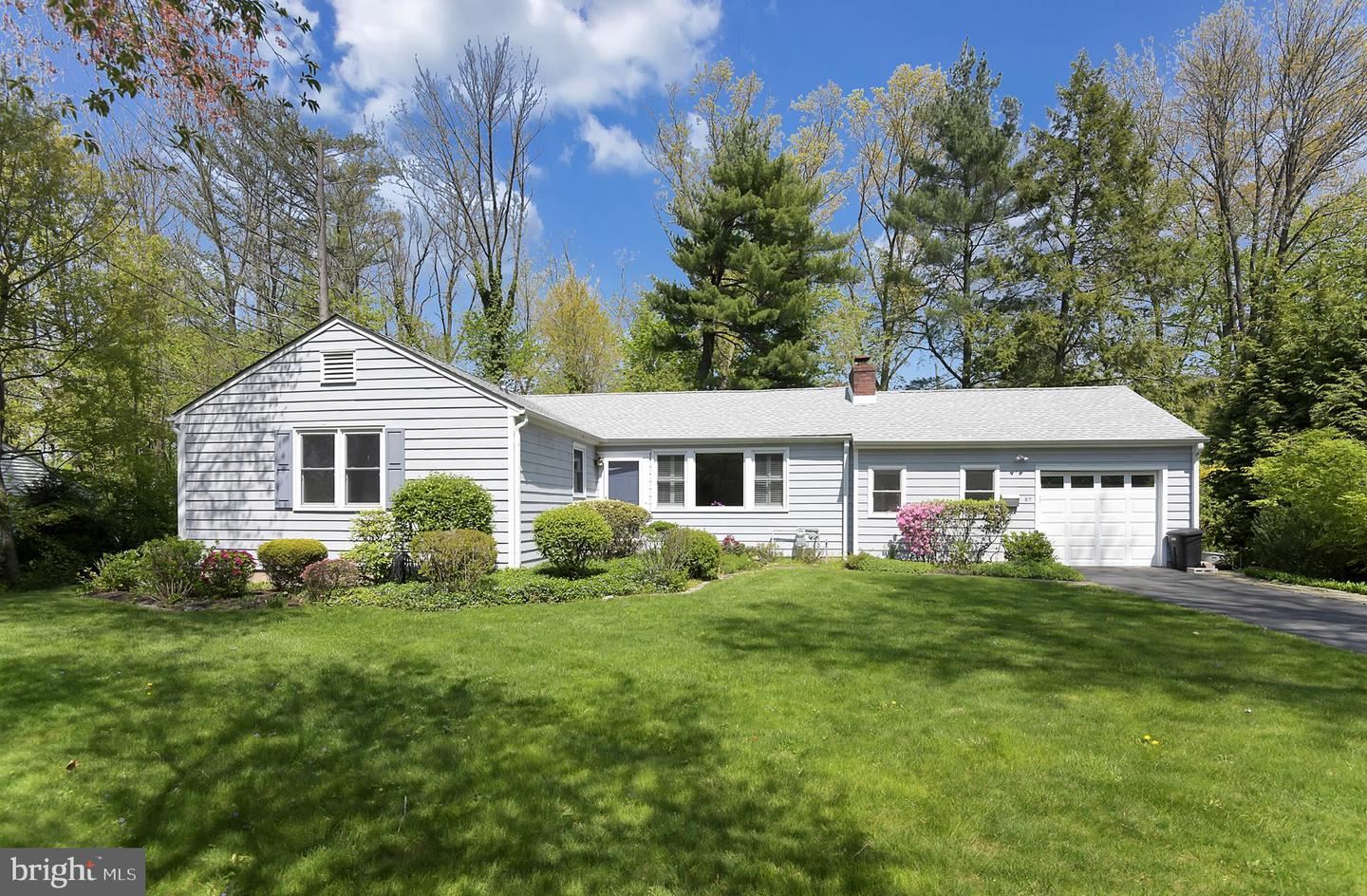 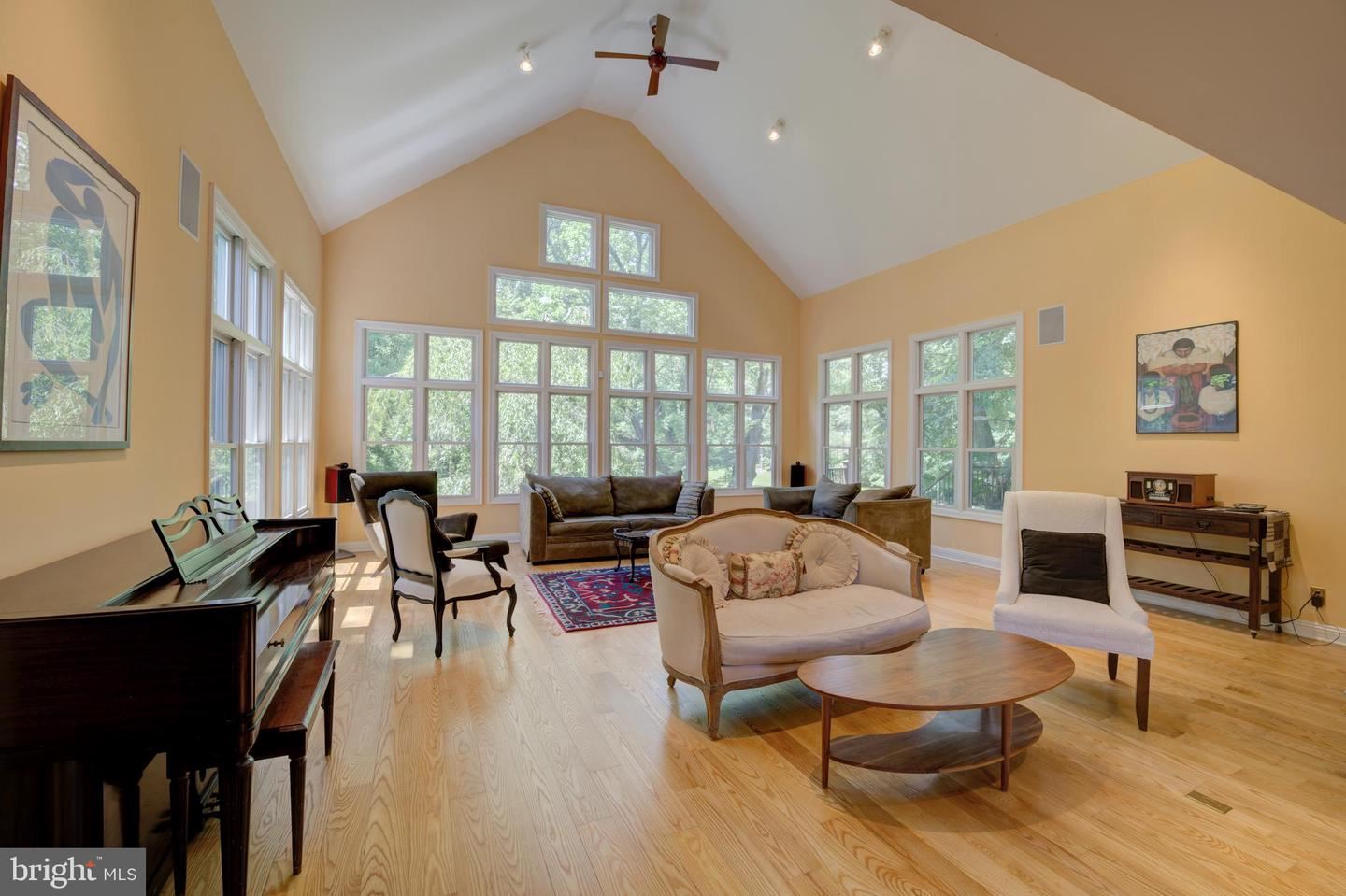 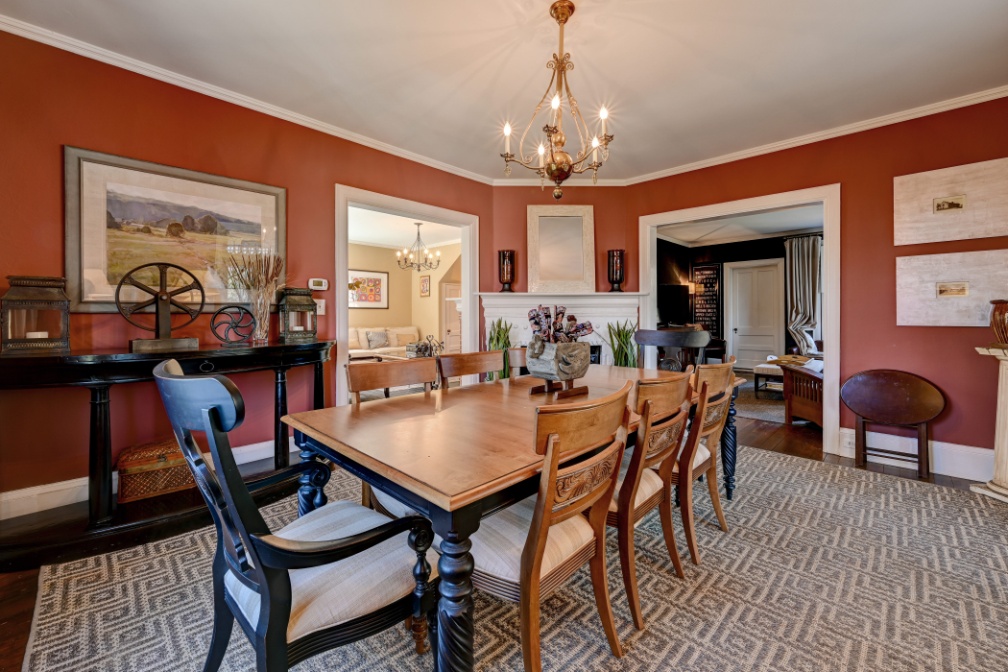 Find Your Dream Home In These Uncertain Times

Discover Your Dream Home in Princeton!  The American Dream - it can be described as a fluid and ever-fluctuating sense of equilibrium within society - where life is peaceful and bountiful. In current uncertain times, a feeling of content with one's situation and surroundings has become more difficult to achieve. The same metropolises that have offered financial security for centuries have been hit the hardest with both health and economic crises making us question the future. Even when the tid…
READ MORE

The data relating to real estate for sale on this website appears in part through the BRIGHT Internet Data Exchange program, a voluntary cooperative exchange of property listing data between licensed real estate brokerage firms in which RE/MAX of Princeton participates, and is provided by BRIGHT through a licensing agreement. The information provided by this website is for the personal, non-commercial use of consumers and may not be used for any purpose other than to identify prospective properties consumers may be interested in purchasing. Real estate listings held by brokerage firms other than RE/MAX of Princeton are marked with the IDX icon and detailed information about each listing includes the name of the listing broker.
©2022 BRIGHT, All Rights Reserved. Information Deemed Reliable But Not Guaranteed. Some properties which appear for sale on this website may no longer be available because they are under contract, have Closed or are no longer being offered for sale.
Data last updated: May 23, 2022 3:07:am.